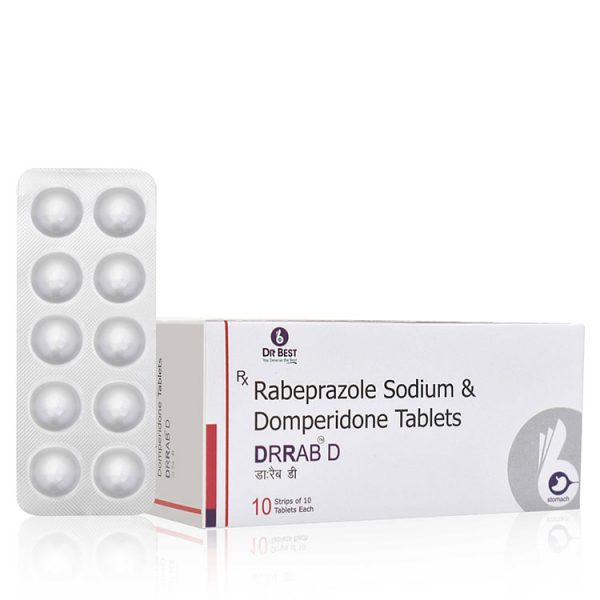 M.O.A : Rabeprazole belongs to class of medications called proton pump inhibitors. It blocks the activity of the proton pumps in the stomach wall that produce acid, thereby reducing the amount of acid produced in the stomach.

Domperidone belongs to a class of medicines known as anti-emetics. Domperidone acts by helping food move faster through the food pipe, stomach and gut; thus normalising the digestion process.

T max is 2 to 5 h. Oral bioavailability is approximately 52%.

DOSAGE:  As directed by the physician.

Be the first to review “DR RAB D” Cancel reply