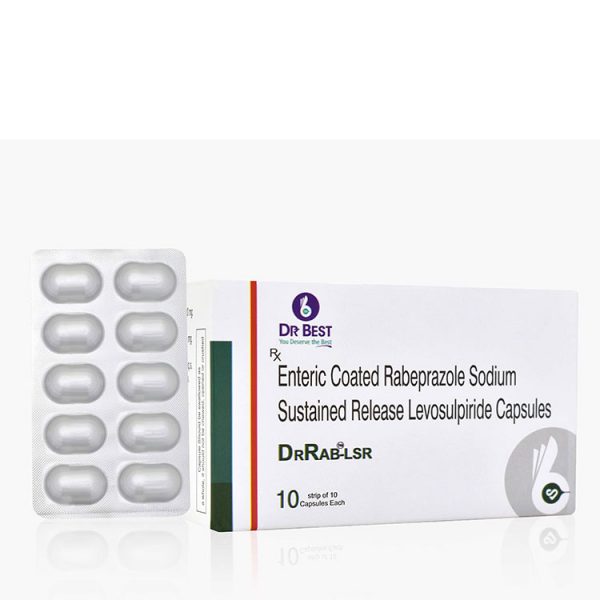 After oral administration of 20 mg rabeprazole, peak plasma concentrations (Cmax) of rabeprazole occur over a range of 2.0 to 5.0 hours (Tmax). The rabeprazole Cmax and AUC are linear over an oral dose range of 10 mg to 40 mg. There is no appreciable accumulation when doses of 10-40 mg are administered every 24 hours; the pharmacokinetics of rabeprazole is not altered by multiple dosing.

Rabeprazole is extensively metabolized. A significant portion of rabeprazole is metabolized via systemic non enzymatic reduction to a thioether compound. Rabeprazole is also metabolized to sulphone and desmethyl compounds via cytochrome (CY) P450 in the liver. The thioether and sulphone are the primary metabolites measured in human plasma. These metabolites were not observed to have significant antisecretory activity. In vitro studies have demonstrated that rabeprazole is metabolized in the liver primarily by CYP450 3A (CYP3A) to a sulphone metabolite and CYP450 2C19 (CYP2C19) to desmethyl rabeprazole. The thioether metabolite is formed non-enzymatically by reduction of rabeprazole. CYP2C19 exhibits a known genetic polymorphism due to its deficiency in some sub-populations (e.g. 3-5% of Caucasians and 17-20% of Asians). Rabeprazole metabolism is slow in these sub-populations; therefore, they are referred to as poor metabolizers of the drug.

Be the first to review “DR RAB LSR” Cancel reply