Have you ever experienced a red, itchy, peeling skin rash?

Then you might be suffering from fungal skin infections.

Fungal infections are very common and are often associated with higher rates of morbidity and mortality. They are often neglected by public health authorities.

Global estimates found that approximately a billion people are estimated to have skin, nail and hair fungal infections, and more than 150 million people have serious fungal diseases, which have a major impact on their lives.

Fungi are present almost everywhere. They usually make their homes in moist areas of the body where skin surfaces meet such as between the toes and genital areas. Pool areas, locker rooms, public showers, and other areas prone to dampness are prime locations to pick up a fungal skin infection.

Fungal infections are caused by yeasts (such as Candida, Aspergillus or Malassezia furfur) and (dermatophytes, such as Epidermophyton, Microsporum, and Trichophyton) 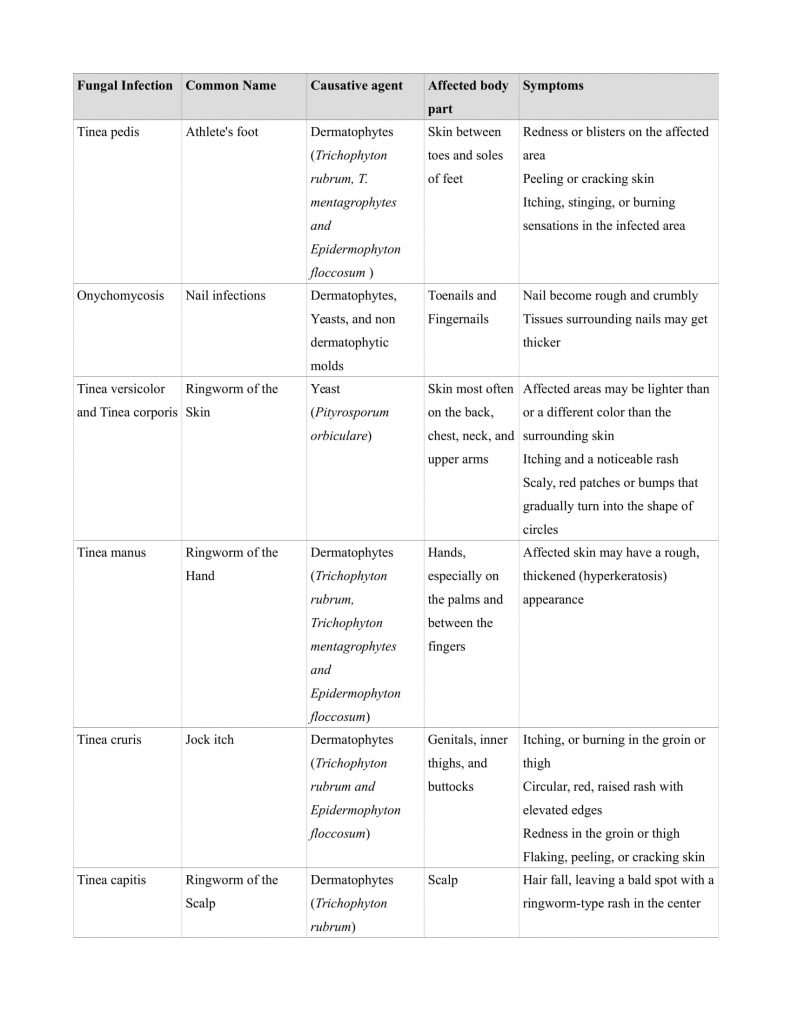 Treatment of fungal infections is based on the causative fungus, the severity of diseases and clinical features of the patient. The major classes of antifungal agents include polyenes, azoles (imidazoles and triazoles), echinocandins, flucytosine, and allylamines. Among these drug classes, azoles are by far the commonly used antifungals in clinical practice. Consequently, they are mostly studied by the scientific community regarding their pharmacology, mode of action, and resistance mechanisms.

Azoles can be defined as a group of cyclic organic molecules. They are categorised as: Imidazoles which contain two nitrogen atoms and the triazoles contain three nitrogen atoms. Imidazoles include several agents, most notably clotrimazole, ketoconazole, and miconazole. The triazoles include fluconazole, itraconazole, terconazole, voriconazole, and posaconazole. They exhibit broad-spectrum antifungal activity and are active against fungi that infect the skin and mucous membranes and those that cause deep tissue infections.

Commonly used Imidazoles
Clotrimazole and Miconazole
These drugs belong to the class of imidazoles. They are widely used for infections caused by Candida spp and dermatophytes. Their use was restricted to the external application due to their high toxicity when administered orally

Ketoconazole is the first FDA approved antifungal available for the treatment of superficial and systemic fungal infection. It can be administered both topically and orally and is active against mucosal candidiasis and a variety of cutaneous mycoses, including dermatophyte infections, pityriasis versicolor, and cutaneous candidiasis. It is poorly absorbed and can also cause severe side effects such as a decrease in testosterone or glucocorticoids production and liver and gastrointestinal complications. Numerous drug interactions are also reported. Therefore, the use of triazoles was suggested

Commonly used Triazoles
Fluconazole
Fluconazole is a triazole antifungal agent active against Candida spp. It is suitable for the treatment of superficial candidiasis (oropharyngeal, oesophagal, or vaginal), disseminated candidiasis, cryptococcal meningitis, coccidioidomycosis, and cutaneous candidiasis. Due to good pharmacokinetic properties and complete absorption through the gastrointestinal tract, it is preferred over the use of imidazoles. Overprescription of this drug by physicians lead to an increase in resistance. It is also ineffective against most moulds.

Itraconazole
Itraconazole is an FDA approved antifungal agent. It is mostly used for the treatment of onychomycosis, of superficial infections, and in some cases for systemic aspergillosis. This triazole exhibits a broad spectrum of activity against fungal species comparable to ketoconazole and wider than fluconazole. It is also less toxic than ketoconazole and replaced it for treatment of histoplasmosis, blastomycosis, and paracoccidioidomycosis.

Voriconazole
Voriconazole is a newer FDA approved anti-fungal agent used as a first-line treatment of oesophageal candidiasis, candidaemia, invasive aspergillosis, Candida infections of the skin, infections in the abdomen, kidney, bladder wall and wounds, and infections caused by Scedosporium apiospermum and Fusarium spp. It is available for both oral and intravenous administration and has excellent bioavailability. It may interact with drugs that are substrates of cytochrome P450 3A4, therefore avoided in patients taking cyclosporine, rifampicin, carbamazepine, ritonavir and long-acting barbiturates.

Posaconazole
Posaconazole is a hydroxylated analogue of itraconazole. It is approved by the FDA for prophylaxis against invasive Aspergillus and Candida infections. It also shows antifungal activity against
fungal strains such as Candida spp. resistant to older azoles, and other opportunistic filamentous and dimorphic fungi. It is only available for oral administration and therefore cannot be used in severely ill patients. It also causes few common side effects such as nausea, vomiting, headache, abdominal pain and diarrhoea

Ravuconazole
Ravuconazole is a triazole currently under clinical trials. It is highly active against a wide range of
fungi, including Candida spp. and other yeast species as well as isolates that are resistant to fluconazole.

A word of caution
The azole anti-fungal therapy has introduced a new era in anti-fungal therapy. Although all azoles act through a similar mechanism, they vary widely in the fungal spectrum, pharmacokinetics and toxicities. Recent advent and addition of newer broad-spectrum triazoles, offer clinicians more effective and less toxic alternatives to conventional drug therapies.

Despite advances, mortality rates from invasive fungal infections remain high and there is a necessity for new treatment options. The higher incidence of fungal infections in immune-compromised patients, demands new anti-fungal agents with a broad spectrum of activity and good pharmacokinetic properties. Earlier diagnosis, rapid restoration of the host immune system, the combination of anti-fungals and development of other compounds may improve the outcomes.

DR BEST Pharmaceuticals is working efficiently to provide superior quality healthcare medicines at lower prices. They provide medicines of various therapeutic classes like antibiotics and anti-fungal drugs along with Anti-Diabetics, Antibiotics, Cardiovascular drugs, Gastrointestinal, Analgesics, Vitamins and many more products.
Various anti-fungal drugs like DR ZIP 200 (Ketoconazole tablets 200mg) and EZICAN 200 (Itraconazole capsules 200mg) are available at in their online pharmacies 24hrs at affordable prices with up to 80% discount.

Previous ArticleProtein powder supplementation: Benefits in daily lifeNext ArticleWhat is menstrual hygiene and why is it necessary?