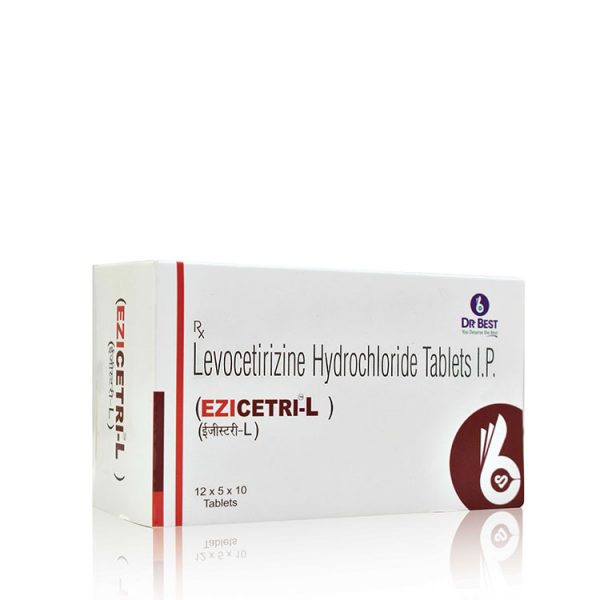 The active constituent in this dosage form is levocetirizine. It’s indicated to relieve itching caused by hives (patches of red, swollen, itchy skin). This drug is used as a combination therapy; mostly, this drug is taken with other medications.

Mechanism of action: Levocetirizine is an antihistaminic which works by blocking the release of histamine a biochemical released from the cells in your body. Levocetirizine alleviates symptoms of allergy, such as sneezing, runny nose, and red, watery, itchy eyes.

Side effects: It may cause drowsiness. But this may occur during the first few hours after taking the drug. It can also be associated with the other side effects such as tiredness, dry mouth, sore throat.

Be the first to review “EZICETRI L” Cancel reply