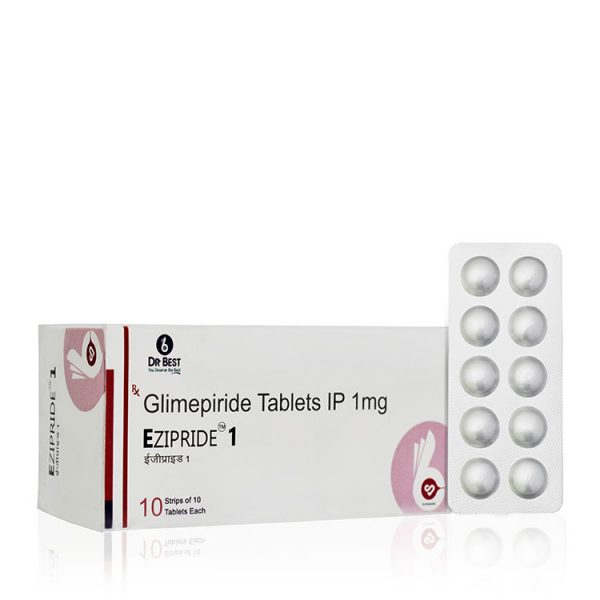 In healthy subjects, the time to reach maximal effect (minimum blood glucose concentrations) was approximately 2-3 hours after single oral doses. The effects on HbA1c, fasting plasma glucose, and post-prandial glucose have been assessed in clinical trials.

Distribution :
After intravenous dosing in healthy subjects, the volume of distribution (Vd) was 8.8 L (113mL/kg), and the total body clearance (CL) was 47.8 mL/min. Protein binding was greater than 99.5%.

Metabolism :
Glimepiride is completely metabolized by oxidative biotransformation after either an intravenous or oral dose. The major metabolites are the cyclohexyl hydroxy methyl derivative (M1) and the carboxyl derivative (M2). Cytochrome P450 2C9 is involved in the biotransformation of glimepiride to M1. M1 is further metabolized to M2 by one or several cytosolic enzymes. M2 is inactive. In animals, M1 possesses about one-third of the pharmacological activity of glimepiride, but it is unclear whether M1 results in clinically meaningful effects on blood glucose in humans.

Be the first to review “EZIPRIDE 1” Cancel reply