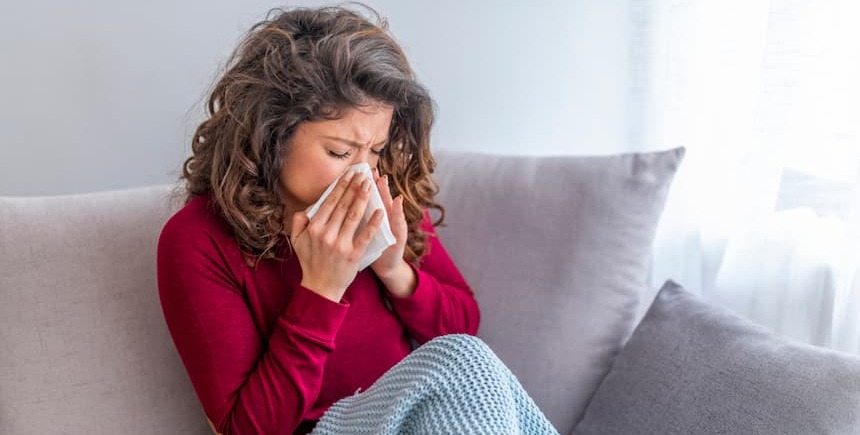 Everyone sneezes!
But, if you are suffering from stuffy and runny nose with pain in your sinuses, chances are that you are dealing with nasal congestion.

A stuffy nose or nasal congestion occurs when nasal and adjacent tissues become swollen, causing a stuffing plugged feeling. Nasal congestion or obstruction is one of the most commonly encountered symptom in clinical practice.

What is nasal congestion?
Nasal congestion can be defined as fullness, restricted airflow and blockage or obstruction of the nasal cavity. It is a primary symptom of upper respiratory tract disorders, including common cold or influenza, allergic rhinitis, acute rhinosinusitis, chronic sinusitis, and nasal polyps.

Of these, the common cold is one of the most prevalent causes, affecting adults around two to four times per year, and children (aged 2–6 years) around six times per year.

Other factors that can cause nasal congestion are modulation of sensory perception, polyps extruding into the nasal airway and physical problems affecting the structure of the nasal passages.

What are the secondary effects of nasal congestion?
Patients with nasal congestion have a poor quality of life as it interferes daily activities as well as sleeping pattern. Nasal congestion is easily diagnosed by patient history, physical examination and by measuring nasal resistance and other methods, as needed.
It can lead to some secondary effects on paranasal sinuses, ears, throat, voice, and chest that manifest as irritated throat, headaches, impairment in hearing, reduced ability to smell, worsening of asthma, problematic snoring, and disturbance of sleep.

What are the management options?
The management of nasal congestion is often based on developing pharmacologic therapies that target mucosal inflammation and its manifestations, such as venous engorgement.
The conventional pharmacologic therapies used for relieving nasal congestion are antihistamines, leukotriene receptor antagonists, decongestants, and intranasal corticosteroids.

Among all drug classes, nasal decongestants are one of the primary conservative management of nasal congestion in adults and children. It facilitates draining of blocked secretion and reduces blockage and related symptoms of mucosal hypersecretion. This drug class is easily accessible (often without a prescription), so can be self-administered and have a fast action after topical application.

Due to the faster onset of action and easier availability, the need for decongestants and frequent self-medication has increased among patients with reversible nasal congestion.

Most physicians are in favour of prescribing nasal spray decongestant, especially Xylometazoline, due to the quick response, long duration of effect as well as lesser myocardial and bronchiolar effects as compared to systemic decongestants.

Xylometazoline spray is indicated for the symptomatic relief of nasal congestion, perennial and allergic rhinitis (including hay fever), sinusitis. It is proven to be safe and effective so it can be used without a prescription.

Let’s explore the potential benefits and efficacy of Xylometazoline in relieving nasal congestion:

Xylometazoline
Xylometazoline is a nasal vasoconstricting decongestant drug which causes constriction of blood vessels with a subjective sensation of improved nasal airflow. It is usually applied as a spray or drops into the nose to ease inflammation and obstruction of the nasal pathway. It is rapid and long-lasting, resulting in significant relief of nasal congestion with just one spray, helping patients to breathe more efficiently for a longer time.

Other rare side effects are:

Till now, you must be mindful of the significance of Xylometazoline spray in the management of nasal congestion and associated conditions.

The prescribed dose of Xylometazoline nasal spray is easily available on the Dr Best Pharmaceuticals Pvt Ltd. As EZINOZ -XM