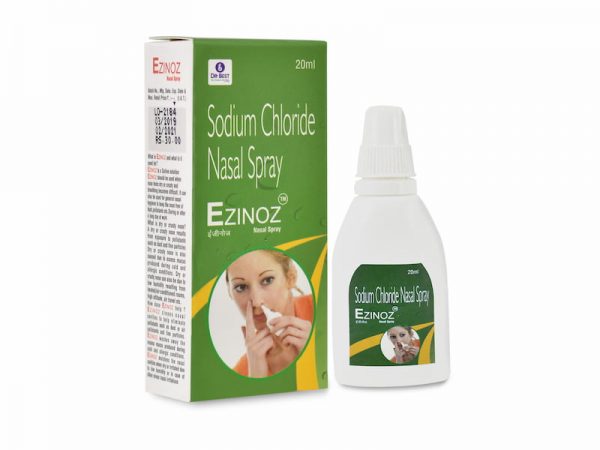 Cetirizine is one of the most prefered OTC drug for the effective treatment of allergic conditions. Cetirizine is a hydroxyzine derivative and a second-generation H1 Histamine blocker (antihistamine drug). It is approved by USFDA as a safe and effective drug for the treatment of various allergic conditions such as sneezing, coughing, nasal congestion, conjunctivitis (red and itchy eyes), hives (urticaria), eczema, reaction to insects bite and sting and some food allergy.

Paracetamol: Paracetamol has an analgesic (pain killer) and antipyretic (reduce fever) property. It produces analgesia by blocking chemical messengers in the brain that causes pain and show antipyretic activity by acting on the hypothalamus (a gland present in the brain and is responsible for regulating the body temperature).

Chlorpheniramine Maleate lowers or stops the body’s reaction to the allergen.

Be the first to review “Ezinoz” Cancel reply